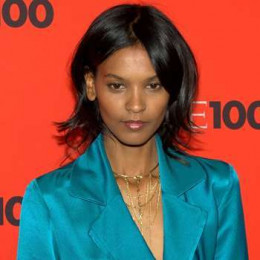 She is a professional model, clothing designer, maternal health advocate and occasional actress, who came to prominence after signing an exclusive contract for Tom Ford's Gucci Fall/Winter 2000 fashion show. Till now she has appeared three times on the cover of U.S. Vogue and as of 2007, she was identified the 11th highest-paid top model in the world by Forbes. Since 2005, she is serving as the WHO's Ambassador for Maternal, Newborn and Child Health.

Accounting her personal life, she is currently single. Actually she once was a married woman, but the marital relation with her husband didn't work so well so the couple decided to get a divorce. Her ex-husband is an Ethiopian hedge fund manager, with whom she has raised two children: a son and a daughter. After the divorce, she hasn't dated any guy till date.

He is the ex-husband of Liya, who is an Ethiopian hedge fund manager. The two stayed as husband and wife for nearly 13 years.

He is the eldest child and only son born to Liya.

She is the youngest member in the family, who these days is busy attending her school.