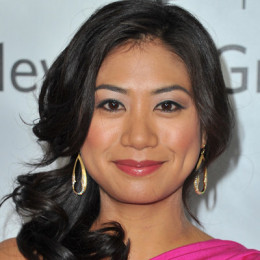 Best known for portraying the cautious but homophobic character of special agent plus legal expert Michele Lee in CBS cops series NCIS, Queens native Liza Lapira derives her distinct looks from her Filipino American parents who combinedly may have some Spanish and Chinese roots as well. As of 2014, the talented stage, television and movie actress can be seen pitching terrific acting presentation as an introvert, OCD suffering and germophobic Helen Alice in People Choice award-winning comedy series Super Fun Night (2013-2014 ongoing).

NCIS fame actress Liza Lapira was born on December 3, 1981, in Queens, New York. She is of  Filipino, Spanish, and Chinese ancestry and holds American nationality.

She has learned acting under booking coach Amy Lyndon. Liza has performed on several stage programs and independent films in New York before moving to Los Angeles in 2004 to pursue her career in Hollywood.

She got her first major role in TV series Huff and her performance over series was appreciated by audience and critics.

Later, she portrays the role of neuroscientist Ivy in both series of Dollhouse. Her TV credits include; Dexter, ER, Monk, Grey's Anatomy, Law & Order: SVU, The Parkers and much more.

Besides TV she appeared in many movies too such as; The Big Bad Swim,  Cloverfield, Fast & Furious, Table for Three and Crazy, Stupid, Love.

Currently, she is busy with her hit show NCIS where she plays the character of Agent Michelle Lee and she just finished the upcoming comedy 9J, 9K & 9L.

Despite acting, she has enrolled herself in many social activities too. She is a supporter of the anti-bullying campaign.

The current relationship status of Liza is possibly single and even she explained the reason behind it. She said, " I am perpetually single."

However, once she was romantically linked up with the Choke star Sam Rockwell but both star never speaks about this topic.

She prefers to call herself an animal lover, she has a dog with whom she often posted pictures on her Instagram account.

Bookish plus cute looking Liza is super chatty in nature. She stands 5 feet 2 inches tall and her body shape is identified to be a perfect hourglass shaped with body measurements 34-24-34 inches.

Undoubtedly, her fans are craving to know more about their favorite actress who is such a fun personality, stylish, funny and full of attitude as well.

The 36-year-old actress, Liza Lapira has earned an impressive amount net worth around $ 3 million from her acting career. In 2011, her movie, Crazy, Stupid, Love earned $142.9 million at the box office. Besides monetary success, the movie also gets critically appreciation.

Lapira was the part of 2009 blockbuster movie, Fast & Furious which grossed 363.2 million at the box office.