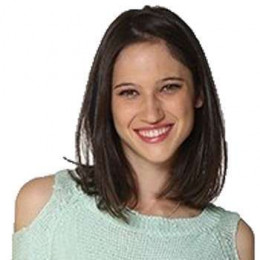 Lodovica Comello is an Italian actress, singer and dancer. She gained the international popularity for portraying as 'Francesca' in the Argentine Disney Channel series Violetta. She started her music career from her high school, where she learned music theory and guitar. On November 2012, she filmed the second season of 'Violetta' in Buenos Aires and Barcelona, Spain. Lodovica Comello has one elder sister named Ilaria.

Lodovica Comello is married to Argentine television producer whom she met at the set of Violetta. She dated him for several years and got married later. She has been married for 1 year. The couple do not have any child until now. They are happily married. Recently rumors about Lodovica Comello being pregnant, with her husband hit the internet like wildfire. On further investigation the rumor was found to be airy.

Lodovica Comello got married to Tomas Goldschmidt on April 2015. They have been married for a year now. They have no any child yet.