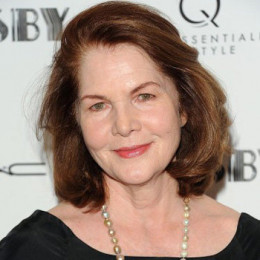 Lois Cleveland Chiles is an actress and former fashion model, noted for portraying as Dr. Holly Goodhead in the 1979 James Bond film Moonraker and as a hit and run driver in Creepshow 2. Some of her film credit includes, The Great Gatsby, Death on the Nile, Broadcast News and The Way We Were. She was born to Barbara Wayne Kirkland and Marion Clay Chiles.

Moving on to her personal life, she is a happily married woman. She has been enjoying her marital relationship with her husband since 2005. Though the couple is married from a long time, yet they don't have any kids which may be due to their busy schedule. Before marrying her husband, she had dated few men in her past days with whom she created buzz in the American media.

He is the one and only beloved husband of Lois, who is a money manager. The two are living together as husband and wife since 2005.