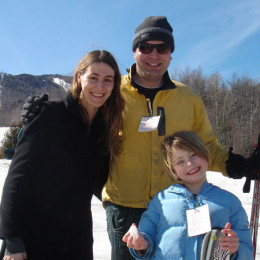 Lola Wood is a daughter of an actress and producer Tilly Wood and a London-based guitarist and bass player, plays with two bands Red Racer and Reef, moreover a musician, a model, signed to many agencies in London, Jesse Wood. She is a grand daughter of Rolling Stone Ronnie Wood and Krissy Findlay. Her father graduated from King's House School. There is no information about her in social sites she is famous because of her father's popularity.

Lola Wood is currently single. Her father Jesse Wood married twice. He first married to her mother in 2003 and the couple divorced in 2011. She has one brother named Arthur Wood. Her father Wood can sing alternative rock, electronic rock and indie rock. Her father is associated with Red Racer, The Leah Wood Band and so on. There is no more information about her affair in social sites.