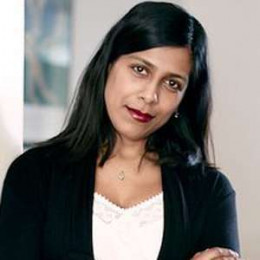 An English award-winning actress, producer and writer, Lolita Chakrabarti is currently married to Adrian Lester. Her husband is an English actor, director, and writer. The couple married in 1997. Chakrabarti graduated from the Royal Academy of Dramatic Art in 1990. She works on stage and screen. Chakrabarti's theater credits are The Great Game: Afghanistan for the Tricycle Theatre (2009), Last Seen for the Almeida (2009) , Free Outgoing for the Royal Cout and so on.Chakrabarti's writing are Red Velvet, about Ira Aldridge, an African-American actor and so on.

Lolita Chakrabarti is a married person.She has two daughters they are Lila Lester and Jasmine Lester. She is a winner at PAFF, Los Angeles 2012 Best Short Narrative Of Mary. She is a nomination for Best Producers for Of Mary, Underwire Festival, London 2011. Chakrabarti runs Lestat Productions with her friend named Rosa Maggiora. They produced their first short film 'Of Mary' in 2011.

Lolita married to Adrian Lester. Her husband is an English actor, director, and writer the couple has two children.

There is no information about her date of birth in social sites.

She is a second child of this couple. There is no more information about her except then her photos with her parents.