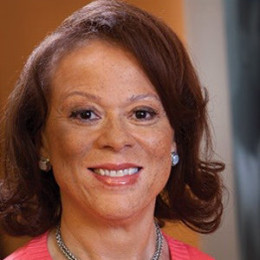 One of the beautiful face of America Lonnie Ali is widely known as the wife of an American professional boxer and activist. He is widely regarded as one of the most significant and celebrated sports figures of the 20th century. Although this famous boxer was married for four times, people consider Lonnie as the only wife. She was since marriage to his death. Since 1986 she was together with him till his death in 2016.

Ali was 15 years older than his wife and she met him when she was just a child of six years old. Years later, as a teenager, Williams she said she realized that one day she would end up with Ali. In 1984, Muhammad Ali was diagnosed with Parkinson’s Disease, which was most likely caused by the head trauma he suffered while boxing for so many years. Approximately two years after his diagnosis, Ali married Williams. Ali and his wife Williams have one child together. They adopted their son when he was just five months old.

She married Muhammad Ali in November 19, 1986 just Two Years After Ali Was Diagnosed With Parkinson’s Disease. They adopted a baby boy.

Williams and Ali ended up adopting Amin when they were visiting Williams’ sister who was caring for a baby (Amin), who was going to be put into the foster care system.