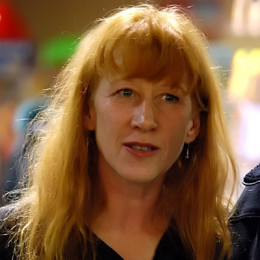 Loreen McKennit has sold more than 14 million records. She also gave her music for the National Film Board of Canada documentary, The Burning Times. She also toured Europe supporting Mike Oldfield. She is also the founder of The Cook-Rees Memorial Fund for Water Search and Safety. She received the Juno Award in 1992 and 1994 and a Grammy Award nominee.

McKennitt is of Irish and Scottish descent. Later, in 1981 she moved to Stratford, Ontario and started living there along with her brother Warren McKennitt.

When McKennitt was young, she wanted to become a veterinarian, but she chooses music. Following her passion for Celtic music, she learned to play the Celtic harp and started busking at various places, like St.Lawrence Market in Toronto to collect money to record her first album.

In 1990, McKennit contributed music for the National Film Board of Canada documentary, The Burning Times, which was a feminist revisionist account of the Early Modern European Witchcraft trails.

In 1993, she went on a Europe tour for supporting Mike Oldfield. In 1995, she featured in the Highlander series with her version of the traditional Irish song "Bonny Portmore."

During the spring of 1997, her single "The Mummers Dance" got airplay in North American markets, and the song was also used as the theme song on the short-lived TV series Legacy and also in the trailer of wide-release 1998 Drew Barrymore's movie Ever After.

The 60 years old, Loreen McKennitt is not married yet. But she was engaged with Ronald Rees, who was an Author. In 1998, her fiance Ronald died in a boating accident in Georgian Bay, along with his brother Richard and close friend Gregory Cook.

After that incident, she was deeply moved and subsequently established the Cook-Rees Memorial Fund for Water Search and Safety in the same year.

After the death of Ronald, McKennitt has not dated anyone and seems to be single.

The Cook-Rees Memorial Fund for Water Search and Safety, established in 1998, raised funds of more than $4 million for the water safety education and also for the rescue and recovery operations.