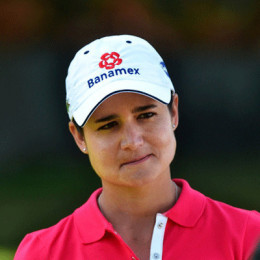 Lorena was born as the third out of four kids to a real estate father and her mother was an art teacher. Growing up around in the provinces of Guadalajara, she first started to play golf as a 5 year old kid. Later, she developed a keen interest for the game and in just one year's time won the state event. At the age of 7, she impressed her viewers by winning her first national event, and was thus coached by the professional golfer named Rafael Alarcon.

She started her career prolifically and won 22 state championships and 44 national level awards as well. Her outstanding playing career got her a scholarship to the University of Arizona. She had a good English which she learned from her tutor and also by watching films. Apart from her golf career, you can also find out about her personal life in this article.

Ochoa is married to a rich business man named Andrés Conesa Labastida, who is the president at Aeroméxico.

Andrew was born as the couple's first child, after Lorena quit her professional golfing.

Julia was the couple's second child and was born in a hospital in the Unites States, at about 3:30 in the aftrenoon.