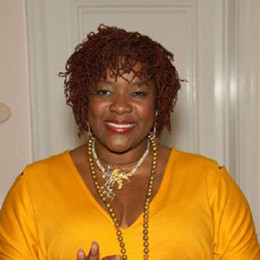 Loretta Devine, an American actress and singer of African ethnicity, was born in Houston, Texas to father James Devine, a laborer and mother Eunice O'Neal, a beautician. She went to George Washington Carver High School to complete her high school studies and then to University of Houston and graduated with a Bachelor's degree in Speech and Drama in 1971. Loretta again attended Brandeis University and completed Fine Arts degree in theater in 1976. She started her professional career by working in "A Broadway Musical" in 1978 and then worked in Dreamgirls and then the TV series Sugar and Spice, and A different world. She is a good friend of singer Whitney Houston.

Loretta Devine's movie works include Urban Legend, Urban Legends: Final Cut, and I Am Sam. She has won NAACP Image Award for Outstanding Supporting Actress Award, Gracie Allen Award, Primetime Emmy Award for Outstanding Guest Actress and nominated for Independent Spirit Award. Loretta rose to fame after working in the drama series Grey's Anatomy and is known for her remarkable sweet and soft voice. She is also involved in Alpha Kappa Alpha Sorority, Inc. Loretta was previously married to Lamar Tyler but got divorced. She is rumored to be dating currently.

Loretta was previously married to Lamar who is an author. They got divorced later due to some misunderstanding. It is said that they had a child together but there is no detail information about the child.