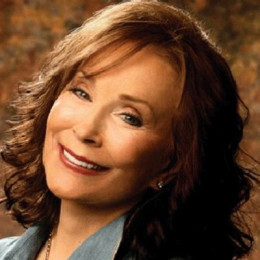 She is a legendary singer who has spent more than 50 years in music career as a singer and songwriter. She has an amazing grace and nostalgic voice. She has received several of the awards and been inducted in Star on the Hollywood Walk of Fame for Recording at 1515 Vine Street in Hollywood, California. She was awarded with the Presidential Medal of Freedom by President Barack Obama in 2013. She is one of the icon of American music industry.

Loretta Lynn was born as Loretta Webb on 14th April 1932 in Butcher Hollow, Kentucky. Loretta is an American by nationality and belongs to the mixed ethnicity of Scots-Irish and Cherokee.

She is the second of eight children of her parents, Melvin “Ted” Webb and Clara “Clary” Marie. Her father was a coal miner, farmer, and a storekeeper.

Her parents named her after film star Loretta Young. Two of her sisters, Crystal Gayle, and Peggy Sue also involved in a country music career and her brother Jay Lee Webb did the same.

Loretta Lynn began her career as a singer who used to sings in local clubs and later she formed a band, The Trailblazers with her brother Jay Lee Webb. On February 2, 1960, she signed her first contract with Zero records.

The recording session included some of her own compositions also like Whispering Sea, New Rainbow, Heartache Meet Mister Blues and I’m A Honky Tonk Girl. In 1962 her single “Success” made it on the Top 10 list.

1965, she began her solo career with hits like “Happy Birthday”, Blue Kentucky Girl and “The Home You’re Tearing”. The same year her two albums, Songs from My Heart and Blue Kentucky Girl were released. Her single, "You Ain’t Women Enough” became a No. 1 Hit in 1996.

She also writes the songs from a feminist viewpoint. From 1967 to 1980 she achieved a breakthrough success and her album “Don’t Come Home A-Drinkin” was the first albums by a female country singer to get 500000 copies to be sold.

In 1973, Lynn came out with another album called “Love Is the Foundation”. She became the first female American artist to chart over 50 Top 10 hits in the early ’80s. Her duet with Conway Twitty in 1971 was hit. They released an album together called “Dynamic Duo” in 1977.

Loretta recorded an album dedicated to Patsy Cline who was a country singer and her friend who had died in a plane crash in 1963.  The album was called” I Remember Patsy”. In 2004, she made a successful comeback with the album Van Lear Rose. She also has published her autobiography “Still Women Enough” and a cookbook called “You’re cooking it Country”

Loretta married to Oliver Vanetta Lynn on January 10, 1984. At that time she was just 15 and already seven months pregnant whereas Oliver was 21. After their marriage, they moved to Custer, Washington in an attempt to escape the coal mining industry in their hometown Butcher Hollow.

Loretta’s husband cheated on her and was an alcoholic but she stayed with Oliver until his death on August 22, 1996. She explained her relationship with her husband as “One of the hardest love stories”.

She is now a widow after her husband died several years ago. She has six children from her marriage and is now a grandmother as well. Talking about her marital life, it was very rigid and rocky. They loved each other very much and were very supportive so that they passed every issues and circumstance together. There is no record available on her past affairs but once was rumored to have a relationship with Kid Rock.

Lynn is one of the most successful artists of '80s. She has given many hits and massively earned audience love. Despite that, she succeeds to maintain the impressive net worth of $60 million.

He is an American talent manager and the country music figure. He loved his wife very much and their marital relationship was very strong. They have six children together. He died in 1996.

She is now in her early sixties. She is a mother of adult children as well. She loves her mother very much.

She is in her early sixties and is in getting her old age. She is a mother to adult children. She loves her mother very much.

She has a twin sister. She has reached the age of 50. Her mother had already been grandmother before she and her twin were born.

She is active in acting. She has a twin sister. She has reached age 50 and is a mother of grown up children.