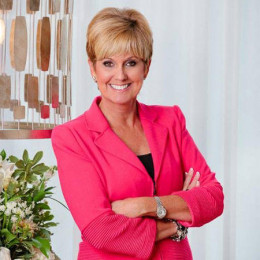 Lori Allen is an American TV personality and upscale bridal boutique owner. She is widely known as the host of top bridal reality shows-Say Yes to the Dress: Atlanta and its spin-off Say Yes to the Dress: Bridesmaid on TLC network. She opened her first store in Atlanta on December 27, 1980, just after twelve days of her graduation from Columbia College in South Carolina. Allen is a survival of breast cancer, who is an active individual in various organizations for cancer awareness. No much information exist about her childhood and personal life.

Lori Allen was born on August 11, 1959, in the United States under the birth sign of Leo. She was raised in Atlanta along with her siblings. She attended Columbia College and graduated in business.

Lori Allen has a keen interest in fashion designing from her college days. So, soon after her graduation, Allen returned to her hometown and open a boutique, Bridals by Lori on December 27, 1980.

At first, she wasn't sure her boutique would run successful or not but as of 2018, it is one of the largest bridal boutiques in the United States. The Boutique has expanded in a large area of 25,000 square foot. She also served as an expert in a fashion design competition.

In 2010 on the occasion of 30th anniversary of her boutique, she runs the show, Say Yes To Dress: Atlanta. The show was a massive success and led her many prestigious awards nominations. In 2015, the show won "Best Fashion or Design Program: Television" at the sixth annual Taste Awards.

Allen suffered from cancer and after winning the battle, she hosted a show, Say Yes to the Cure: Lori’s Fight which was commercially successful.

Lori Allen is one of the successful fashion designer and entrepreneur. She owned a boutique named Bridals by Lori which market value is in million dollars.

She sells a bridal gown starting from $2700. Considering her career she has an estimated net worth of $2 million.

Lori Allen married her college sweetheart Eddie Allen. The duo exchanged a vow at an intimate ceremony in 1979. The duo first met in senior years of their college and after few datings, they eventually fell in love. 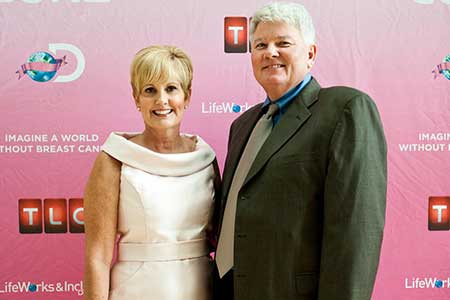 She has a successful married life with Eddie for 37 years and their relationship is goals for many couples. The duo is proud parents of two children, a daughter, Mollie Allen, and son, Cory Allen. The couple met during senior years of Lori following relationship.

Happy 37th Anniversary to my sweet hubby! The guy makes me laugh everyday and whom I adore. I'd say YES again in a minute. I'm one lucky girl. #marriage #teamwork #commitment #yessomedayshedrivesmecrazy #love

Allen suffers from breast cancer and subsequent lumpectomy and double mastectomy which changed her life forever. The subsequent lumpectomy and double mastectomy in 2012 made her an active breast cancer awareness advocate. After recovery from cancer, she hosts a special television episode, Says Yes To The Cure: Lori's Fight in TLC.

The lovely couple is living a blissful family life with their kids and their lovely grandchildren.