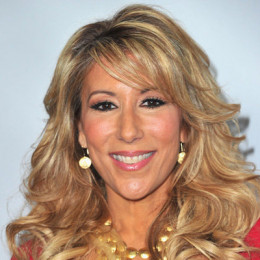 Lori Greiner is an American television personality, an investor, inventor and also an entrepreneur. She is best known for her work in a TV reality show named Shark Tank. She has also been called “Queen of QVC”. She had graduated from Loyola University Chicago in subject Communication focusing on television, film, and journalism. Recently she had published a book named “Invent it, sell it, Bank it!- Make Your Million Dollar Idea into a Reality”. The book reached number 3 position on the Wall Street Journal’s Best Seller List.

Shark Tank fame star Lori Greiner was born on December 9, 1969, in Chicago. She is the second daughter of her real estate developer father and a psychologist mother. Her parents had divorced when she was 9.

She is popularly known as an American inventor, entrepreneur, and television personality.

Tank completed her education from Loyola University Chicago in Communications but her focus was in Journalism, television, and film.

She pursues her career since her college days as she worked for The Chicago Tribune. She was briefly a playwright and used to sell her own jewelry on the side.

Lori started her journey with an idea which later makes her into a multi-million dollar international brand. Today she is regarded as one of the most prolific investors in retail products.

She hosted her own show Clever & Unique Creations by Lori Greiner, for over 16 years.

In 2012, she joined the reality series Shark Tank which helped her to get noticed among audiences. In 2014, she invested in Scrub Daddy which marked as a great success in the Shark Tank history with sales over $75 million.

Lori is one of those television personalities who prefer to keep their private life low-key. She is happily married to Dan Greiner who is her business advisor and Vice president of her company.

The duo first encounters in the bar which is located in the Chicago and after the certain meeting, they exchanged a vow in a private ceremony.

Dan is the one who helped Lori to be in today's place. He believed her project since its start where everyone is doubted towards her. He said,

"This is going to be huge."

Even he left his job in order to work with his wife Company and to support her.

The duo is the highest peak of their career and that might be the reason they need some time to be parents.

Once, there was a rumored of her pregnancy but it turned into fake news but she loves the kids and her Instagram post is a proof of it.

The duo is together for a long time and there was never any rumors of their split and divorce.

The 47-year-old entrepreneur has created over 400 products and holds 120 U.S. and international patents which made her net worth around $50 million.

She is married to Dan Greiner. He is a financial manager of “For You Only”. But there is not much information about her husband.