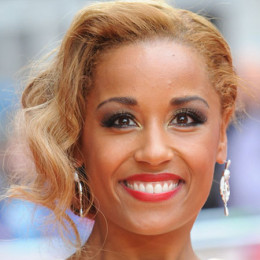 She is a British stage and screen actress, known for her portrayal in The Mountaintop for which she received a 2010 Olivier Award nomination for Best Actress. Some of her TV appearances include Top Boy, Spooks: Code 9, DCI Banks, Lip Service and All About George. In 2010, she appeared in the New Tricks episode Good Morning Lemmings. She is a graduate of Royal Academy of Dramatic Art (RADA).

She seems straight and till now there is no any objections regarding her sexuality. When it comes to her personal life details, she has stayed low profile. Actually, there is not much information available about her on the internet. It is completely out of media's radar, whether she is married or is yet single. Currently, she lives in London. To stay connected to her we can simply follow her on Twitter @raineyburroughs.