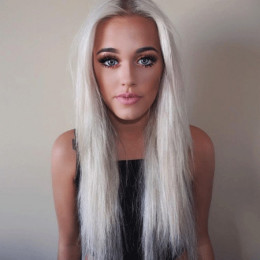 She is a Social media star, best known as a half-sister of Louis Tomlinson, singer of One Direction. Actually, she came to prominence after the formation of her half-brother's band One Direction in the year 2010. She was raised by her parents along with three younger sisters including twins Phoebe and Daisy and Felicite. She was featured in a video makeup tutorial with YouTube phenomenon Tanya Burr.

Moving on to her personal life, she is straight with no doubt. She is yet unmarried as she is just 17 years old and is too young for this. These days she is single, but few years back she dated a guy with whom she was spotted quite often. To know her more better and get updated about her daily moods and plans we can simply follow her on Twitter @lottietommo.