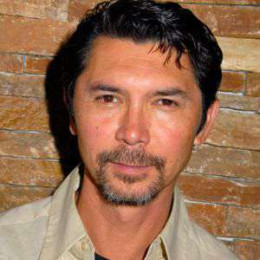 Lou Diamond Phillips is an American actor and director. He made his Broadway debut with the 1996 revival of The King and I, earning a Tony Award nomination for his portrayal of King Mongkut of Siam.

Lou Diamond Phillips is married to makeup artist Yvonne Boismier since 2007 and together they are parents of a beautiful daughter.

Before Yvonne, the actor was married twice; he first married Julie Cypher (m. 1987–1990) and then Kelly Diamond Phillips (m. 1994–2004). He is the proud father of four children from his different relationships.

Lou Diamond Phillips has a net worth of $6 million from his career as an actor and director.

Lou Diamond Phillips was born on February 17, 1962, at the Subic Bay Naval Station in the Philippines. He is the son of Lucita Umayam Aranas and Gerald Amon Upchurch, crew chief on a C-130 in the United States Marine Corps. He graduated from the University of Texas at Arlington with a BFA in Drama.

Phillips' notable films include Young Guns, Young Guns II, Courage Under Fire, Che and The 33. He was nominated for a Golden Globe Award and won an Independent Spirit Award.

During the making of Trespasses, he met Julie Cypher, an assistant director. They married on September 17, 1987 and divorced on August 5, 1990. Julie then announced she was a lesbian and became a partner to Melissa Etheridge.

He later married Penthouse model and television extra Kelly Phillips with whom he had three daughters: They all reside with their mother. The two separated in 2004. Their divorce was finalized in July 2007.

He began dating makeup artist Yvonne Boismier in 2004. They married in August 2007. Together they are parents of a beautiful daughter who was born in the same year they got married.

She was one daughter among the twins who was born on October 5, 1997. She was the first daughter born to Phillips in his life.

She was the next daughter among the twins who was born on October 5, 1997.

She was the second daughter born to this family after the birth of twins. She resides with her mother after the divorce of her parents.

Indigo Sanara Phillips, was born in October 2007. She is the only daughter this mother has with Phillips.