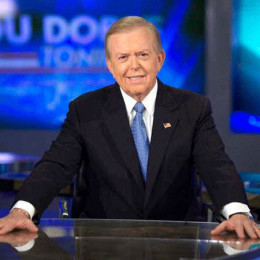 Louis Carl Dobbs commonly known "Lou Dobbs" is a television presenter, radio host and author. He is best known for anchoring CNN's program "Lou Dobbs Tonight" until November 2009. He was born to Lydia Mae, a book-keeper and Frank Dobbs, a co-owner of a propane business. He has won numerous awards such as a Lifetime Achievement Emmy Award, a Cable Ace Award, George Foster Peabody Award for his coverage of the 1987 stock market crash and many more.

Lou Dobbs was born as Louis Carl Dobbs on September 24, 1945, in Childress County, Texas, U.S. to Frank Dobbs and Lydia Mae. His father is a  co-owner of a propane business and mother is a bookkeeper. At the age of 12, Lou shifted to Rupert, Idaho alongside his parents.

Lou joined at Minico High School in Minidoka County. In 1967, he completed his graduation from Harvard University in Bachelor of Arts degree in economics. In addition, he had also attended law school at the UI College of Law in Moscow for a short time.

She is the first wife of Dobbs. The couple had been together for almost twelve years and then got separated.

She is the second and the current wife of Dobbs, who by profession is a sports anchor or commentator.

She is one of the children of Dobbs whose date of birth is unknown.

She was born healthy. Her current status is unknown.

He is the first son of Dobbs, who was born healthy.

He is the second son of Dobbs. His date of birth is unknown.

She is one of Dobbs child who was born safe and sound.

She was born healthy. Her birthday and current status are still unknown.