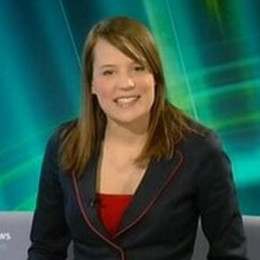 Louisa James is an English journalist and newsreader employed by ITV Breakfast, on the Good Morning Britain and Lorraine programs.

Louisa James was born in 1979 in Switzerland. She attended the University of the Arts London and studied Broadcast Journalism. Then she joined Durham University where she studied English Literature.

The proficient journalist began her career with the BBC News in Leicester and then moved to Birmingham in order to join the ITV central in 2005.

In 2012, she moved to ITV Breakfast program daybreak as a full-time correspondent. She also presented the main news bulletins and the daybreak News Hour with Matt Barbet. She has been a news correspondent for Daybreak’s replacement program entitled Good Morning Britain and is occasionally a stand-in presenter on the show.

Louisa was previously married to Alexander Calder. Her ex-husband is the member of 20th-century American artists in 1931. They were together for several years and eventually got divorced. They have a son.

Louisa has appeared on the BBC News. Her net worth has not been revealed yet. But the salaries for the journalist of BBC News is approximate $150,000 annually, so she must probably have a net worth in seven figures.

The talented journalist was married to Alexander Calder. They are parents of a son, whose name has not been shared yet. After living as husband and wife for several years the pair eventually divorced in 1976.