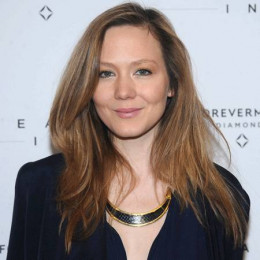 Louisa Krause is an American Film, stage and television actress. Louisa is a quarter Japanese as her father is half Japanese and her mother is American. She has a younger brother Nathaniel who is a director.

Her interest in art began at a young age by studying dance at the Washington School of Ballet in Washington D.C. After studying drama in college, Krause acted in threat before her major role in the movie The Babysitters in 2007. She had supporting roles in many movies and also appeared in several other independent films.

Talking about Louisa's personal life, she seems to be a private person. Information about her personal life is not found. Since there is a lack of her information it is believed that she is still single and does not have any children. There has been no news about her boyfriends or affairs or any relationship.