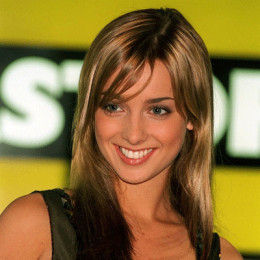 Louise Elizabeth Redknapp is an English singer as well as a media personality. Before becoming a solo singer in 1990s she was a member of Eternal, an R&B girl group prominent. She has presented several television shows and also had become judge in on the UK version of So You Think You Can Dance. Her father was a builder and her mother used to work at Gatwick Airport.

When she was eleven years old she joined the Italian Conti Academy of Theatre arts in London. In late 1995 she signed a record deal with First Avenue management and EMI records. Her first solo single was the orchestral ballad “Light of My Life”. In July 2004 Louise was named Sexiest Woman of the decade. In 2011 she made her debut in acting career in the film The Hot Potato.

she is married to a football player and a sports analyst at a ceremony in Bermuda. She is happily married.

Her first child is a baby boy from her husband. Her son's name is Charles William.

Her second child is also a baby boy whose name is Beau Henry Redknapp.