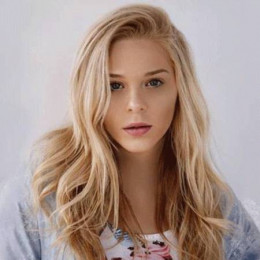 She is an American Dancer, songwriter, actress, and singer who rose to fame after she became runner-up nominee for Clear Channel's Channel One News "Artist of the Year". From her small age, she had keen interest in music and by the time she reached 6 years old, she started perform for audiences around the U.S. She has already starred in numerous TV shows like Chicago's Morning show WGN, MTV, VH1, Fanlala, and Kidzbop. She was also one of the contestant of 14th season of American Idol which was held in 2014.

Talking about her personal life, she has not married yet. But that doesn't mean she hasn't dated anyone. According to her post in twitter, she tweeted that she was sad when she saw her ex-boyfriend. She has not disclosed his name yet. Sadly she is currently single. Looking at all the post she tweeted in twitter, it looks like she is searching for a good and loyal boyfriend for her.