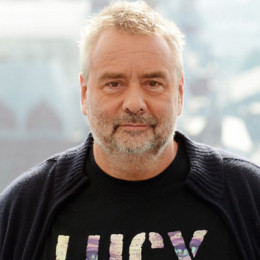 Luc Besson is a French film director/producer and a screenwriter known for directing and producing action and thriller films. He owns a production company called Les Films du Loup and Les Films du Dauphin. For his sci-fi action film "The Fifth Element" he received the Best Director and Best French Director award. The thriller film "Taken 2" which he produced, is France's biggest export success.

Talking about Luc Besson's personal life, he has been married four times, first with an actress who played a role in his movie Nikita. The couple separated after some years and have a daughter together. Again he dated another actress and he has a daughter with her. Meanwhile, he dated another lady, which broke up his marital relationship with the second wife. For the third time he got married and again got divorced. Now he is married to a lady with whom he has three kids.

She is a French actress, who is best known internationally for her role as Nikita in the film "Nikita". The couple were in relationship during this movie session.

She is a French actress, film director and screenwriter. She was just 15 years old when they started dating.

She is an American model, actress, musician, and fashion designer. It is said that relationship with her was the main reason that broke up his second marriage.

She is a French film producer who has made a variety of films such as a biographical film, romantic films, comic adaptation, action and animation films.

She is an actress best known for Que justice soit nôtre, Par les épines and The Easy Way Out.

She was born safe and sound and is currently working hard for her career in the film industry.

This future star was born safe and sound and currently resides with her parents in France.

She was born healthy and is often spotted with her parents and her siblings.

He is the only son of Besson who was born fit and healthy.