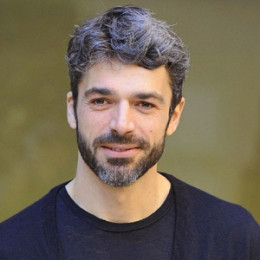 Luca Argentero is an Italian actor most recognized for his roles in the movie The Legendary Giulia. His talents uplifted his career from a bartender to a famous actor in a short time. He has featured in several Tv series such as Saturno Contro, Lezioni di Cioccolato, Solo un Padre and Eat's Pray Love.

Luca was born on April 12, 1978, to Guido, a builder, and Agata, a housewife. He is from Turin but raised in the neighborhood of Moncalieri.

Argentero studied at Catholic Collegio San Giuseppe. He then earned a degree in Economy & Commerce in 2004.

Luca while studying for his degree also worked as a bartender in a local night club. He then participated in the third season of the popular reality show Grande Fratello. He conquered the 3rd position in the show. The show gained him the name and fame as well as numerous fan followings. Afterward, he got an opportunity to play in several TV shows. He also served as a model and posed for an Italian monthly magazine Max.

Argentero entered the acting field performing in TV series Carabinieri. He got the starring role in the short film II Quarto Sesso in 2006. He made his film debut with A Casa Nostra. In 2007 he featured in big screen Saturno Contro. He then appeared in Lezioni Di Cioccolato alongside Violante Placido. Furthermore, he appeared in the miniseries La Baronessa di Carini opposite Vittoria Puccini.

Afterward, Luca was cast in the Luca Lucini directed film Solo un Padre in 2008 alongside costars Diane Fleri, Fabio Troiano, and Claudia Pandolfi. In 2009, he appeared as a gay man Piero in big screen Diverso da chi? In 2010,  he played alongside Julia Roberts and Javier Bardem in the movie, Eat's Pray Love.

Argentero married Myriam Catania in 2009.They were engaged for five long years before finally deciding to tie the knot.Their divorce finalized in 2016.

After splitting up with his ex-wife Myriam, Luca got linked with fellow Italian actress Cristina Marino. The duo first met while working for an advertisement and eventually fell for each other. They made their relationship as girlfriend-boyfriend public in 2016. After few months the pair broke up. As of now, he is single.

As a talented actor, Argentero is paid a good amount for his acting career. His net worth is possibly not less than six figures.

Myriam Catania is an Italian born actress and singer. She got engaged to Luca in 2004 and after five years they changed their relationship into a formal bond. Their marriage lasted for seven years and divorced in 2016. Despite their long relationship they don't have any children.