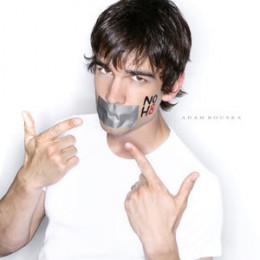 Lucas's father starred in the 2009 CBS TV miniseries, Harper's Island, in which characters were killed off every week leading to the eventual reveal of the murderer. Lucas Gorham has one younger brother and one younger sister. His brother's name is Ethan was born in 2003, and a sister named, Alondra Cecelia Lopez Gorham who was born on January 10, 2009. He has not revealed any information about his personal life in social sites.