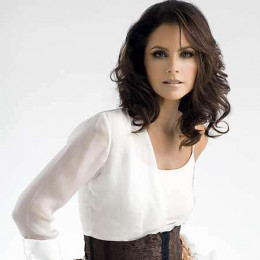 Lucero Hogaza Leon is a Mexican singer, actress and television host, best known as a multi-platinum singer in Mexico. She is recognized in Latin America and Mexico as "La Novia De America", as she has sold more than 22 million records worldwide till now. She received the Billboard Music Award for Best Ranchera Album. She was born to Lucero León and Antonio Hogaza.

Till now she has been married only once and has raised two children: a son and a daughter with her husband. After ending her 14 years of marriage, she is currently dating a rich man with whom she is spotted quite often. As she is so gorgeous her name is often linked with various personalities. Once she was romantically linked with Felipe Camiroaga, but none of them spoke publicly in this regard.

He is the first husband of Lucero, who by profession is a singer. They stayed as husband and wife for almost 14 years.

He is the only son of Lucero, whom she gave birth at the age of 32.

She is the only daughter and the youngest member in the family.