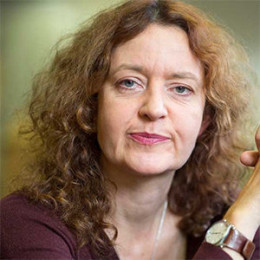 Born in the family related to the acting profession and English nationality, Lucy is the daughter of father Richard Briers who was an actor and mother Ann Davies who was also an actress. She gained the interest in becoming an actress from the age of nine. She attended St. Pauls Girls School, London from 1978 to 1985. After completing high school she attended Lancaster University where she studied theatre and sculpture. She took a three-years acting course in Bristol Old Vic Theatre School and National Youth Theatre. She first started her career from the "Holoship" which is the first episode of series 5 of the science fiction TV show Red Dwarf.

She was married for nine years but later she divorced with her husband when he was found to be having an affair with her best friend. Briers is best known for playing Mary Bennet in the BBC's television adaptation of Pride & Prejudice (1995). She has also received a lot of praise for her work in "Best Friends & Butterflies". She is also known for her works in Alan Partridge (2013), Einstein and Eddington (2008) and The Night Watch (2011).

She got married to actor Simon Cox and then later divorced after 9 years of marriage when he had an affair with her best friend.