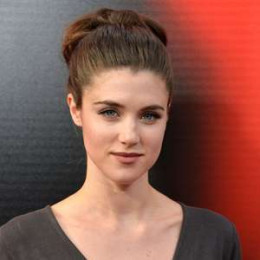 Lucy Griffiths is an English actress well known for her roles as Lady Marian in the BBC drama series "Robin Hood: and as Nora Gainesborough, Eric Northman's sister, in the HBO series "True Blood". She completed her high school studies from Roedean School, Windlesham House School, Dorothy Stringer High School and then went to Varndean College. Lucy is also a member of National Youth Music Theatre.

Lucy Griffiths made her debut on the episode "Turn! Turn! Turn!", at the beginning of the series' fifth season, Lucy plays the role of a vampire, the vampire sister of Eric Northman, and a double agent in the Vampire Authority. Playing a recurring role through the series' fifth and sixth seasons, Lucy meets an untimely demise on the episode "In the Evening", in the series' sixth season, and appears once more in a flashback in the Season 6 episode "Life Matters".