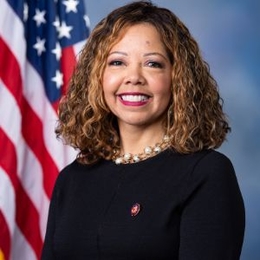 Lucy McBath created one of the biggest political upset in the midterm election of 2018. She defeated Republican Karen Handel without any prior political experience. For those who are not familiar with this gun control advocate might think she came out of nowhere and achieved sucess. But that is not the case. The Chicago-born achieved the deserved sucess after she went through a journey filled with tragedies and a lot of Grassroot activism.

Who Is Lucy McBath Married To?

It is natural for people to fall in love in their workplace. Office romances are even more prevalent in jobs that have hectic schedules where there is no time to socializing beyond work. 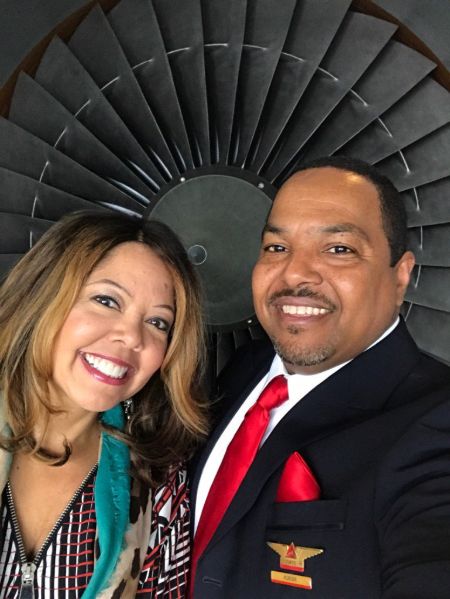 The couple dated for a while and eventually tied the knot. Though the pair is married for a long time, they do not share any children.

Lucy McBath was previously married to Ron Davis, a former Delta employee. The couple was married for a decade and share two children. 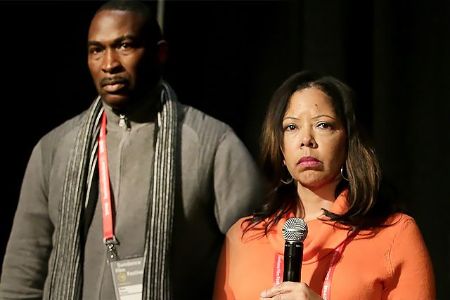 For Lucy, her son Jordan was no less than a miracle. After the birth of her first son, the doctor told her that she would not be able to conceive in the future because of her medical condition.

When Lucy's firstborn died, she and her then-husband accepted the fact that they will have to live a life without kids. They were saddened and living a life without hope. 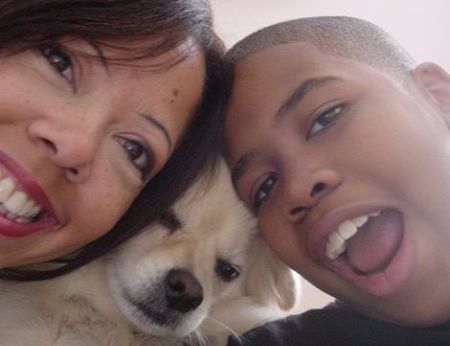 Lucy's second son was born after the death of her first son. SOURCE: Lucy McBath Instagram(@lucymcbath)

Joy, however, returned to the Davis family in 1994 when Lucy became pregnant with her second child. She gave birth to a healthy boy without any complications. She felt that her prayers has been accepted and named him after the River Jordan in the Bible.

After a few years of birth of their second kid, the Davis couple separated. Jordan remained in the custody of the mother with occasional visits to his father in Florida.

Jordan's living situation, however, changed in 2011. Lucy's breast cancer relapsed, and she became unable to take care of her son. Her priority became her health, and thus, she sent her sixteen-year-old to Jacksonville to his father.

Lucy's son was not happy with her decision to send him away. He remained angry with his mother for a long time. Thankfully, the mother-son duo relationship improved after Jordan gained employment in McDonald's and started dating.

The Delta employee finally thought her bad days are behind her. Little did she knew, but it was just the beginning of her nightmare.  On November 23, 2012,  a 45-year-old Michael David Dunn shot and killed Jordan in a loud music dispute. 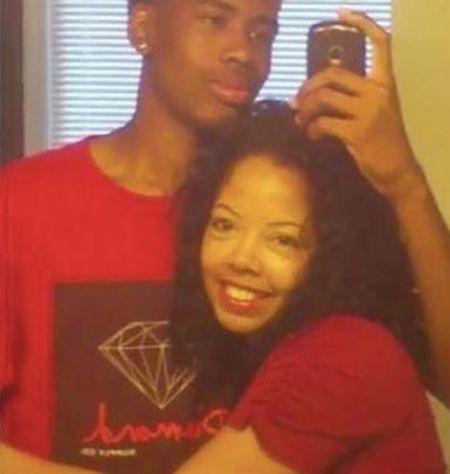 The incident happened in Duval County, Florida. The 17-year-old and his friends stopped at a Gate Petroleum gas station to buy cigarettes. One of the friends went into the store, and other friends remained in the car. While waiting in the car they were listening to the bass from loud hip-hop music.

The software engineer started getting irritated with the music and asked the boys to lower the volume. One of the friends complied with the request, but soon Jordan again raised the volume. This disobedience led to an argument between the high-schooler and Dunn. 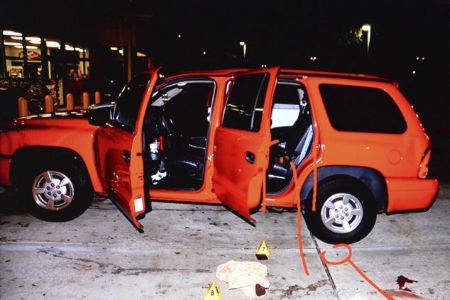 Car in which Jordan Davis was shot. SOURCE: Daily Mail

The 45-year-old had a concealed weapons permit, so he took a handgun out of his glove compartment and started firing towards the teenager. The bullets hit legs, lungs, and aorta. The car started getting out of the parking lot to avoid gunshots, but it was too late.

The shots were fatal, and Jordan lost his life.  Dunn was arrested the next day and after two trials were given a sentence of life in prison without Parole plus 90 years.

Jordan's story is featured in the documentary "3 1/2 Minutes, 10 Bullets" and "The Armor of Light."

After the devastating tragedy, Lucy lost all the interest in flying and quit her job at Delta. She did not want her son's death to go to vain and thus started working for gun reforms in the country.

The grieving mother joined various organizations such as Moms Demand Action for Gun Sense in America, Mothers of the Movement, and My Brother's Keeper Challenge. Through these organizations, she advocated changes in gun legislation.

McBath was not interested in joining politics, but State Representative Renitta Shannon urged her. Thus she decided to run for the Georgia House of Representatives. However, when seventeen students died because of a mass shooting at Stoneman Douglas High School in February 2018, her plans changed. 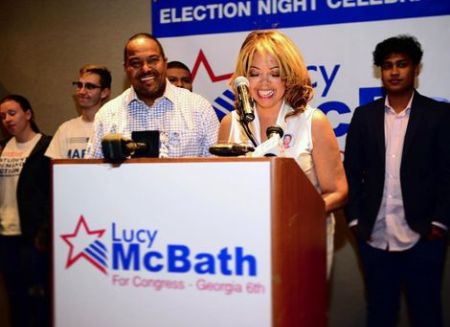 The former flight attendant thought she would need a bigger platform to bring gun reforms, so she decided to run for United States House of Representatives representing Georgia's 6th congressional district. The district included many of Atlanta's affluent northern suburbs and mostly voted conservative.

The Marietta resident ran in the platform of gun reforms and against all the odds defeated Republican incumbent Karen Handel. McBath is seeking reelection in 2020 and is highly likely to face Handle as an opponent this time also. It would be interesting to see if she will be able to repeat history in 2020.

McBath Is Questioned about her Georgian Roots

McBath is originally from Chicago but moved to Georgia in eighties after joining Delta. Since then, she has lived in Marietta, Georgia, and is registered to vote from there.

In 2016, Lucy moved to her husband's home state Tennessee for a short time. She went there to help her spouse in some family issues. While in the volunteer state, she cast her vote for presidential elections. She never thought using her voting rights in another state would cause her problems in the future.

Lucy's opponents were quick to question her residence. More to that, Her competitor at that time, Handel, even began to ask if she is eligible to also vote from Georgia? Her team defended themselves by saying she was back in Georgia by 2017 and has renewed her voter registration.

With time, questions regarding McBath eligibility to vote and run for office from Georgia declined. Nonetheless, she is not originally from the peach state, so people still question her roots in the region. Furthermore, given the fact that her husband is not registered to vote from Georgia, some people always felt that McBath does not have a connection with Georgia like other local politicians and might not be best to represent a district from Georgia.

Lucy McBath and Her Husband Have Accumulated A Considerable Fortune 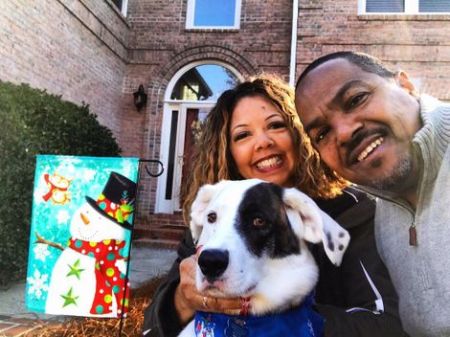 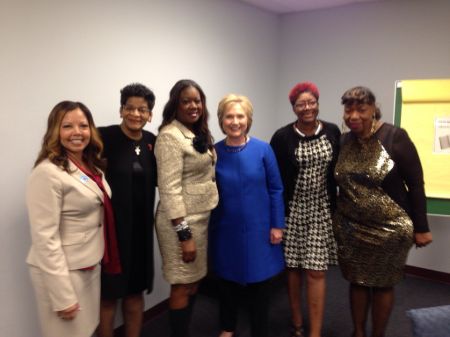 Ron Davis is the first husband of Lucy McBath. They shared two children together. Both kids are dead.

Curtis McBath and Lucy McBath fell in love while working together at Delta Airlines. They were both flight attendants.

Lucien Davis is the first son born to Lucy McBath . He died in 1993. After his death, his sibling was born.

Jordan Russell Davis was the second child of Lucy McBath. He was murdered over a loud music dispute in Florida.