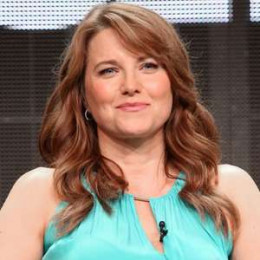 Lucy Lawless is a New Zealander musician and actress. She is best known for starring in the hit television series 'Xena: Warrior Princess.' She is the daughter of a teacher, Julie Ryan and a banker, Frank Ryan. She grew up with five siblings. Lawless played her first musical theater at the age of ten. Lawless began her acting career in secondary school. She was encouraged to singing career after she competed in 'Celebrity Duets' She did her onstage debut at the Roxy in Hollywood in 2007.

Lucy Lawless’ most recent role is ‘Caroline Platt’ in the Jane Campion's 'Top of the Lake.' She also plays the recurring character of Diane Lewis on NBC's 'Parks and Recreation.' At the age of nineteen, she was  impregnated by her boyfriend. Later both couples got married and have one child with him. But in the year of 1995, the couple ended in divorce. Lawless, for the second time married to the executive producer, with whom she shared two children. They are now living happily together and there is no news or rumor on them getting a divorce.

Lucy dated Gareth during their early adult and was impregnated by him. The couple later married and has one child.

Robert Tapert is the second husband of Lawless. They have two children and the couple is still living together.

Daisy was born when her mother was just a young age of nineteen. Her father is Gareth Lawless.

Lucy Lawless gave birth to her second child at the age of thirty-one. But Julius is the first son with Robert Tapert.

She gave birth to Judah Miro when she was thirty-four. He is her second child from her second husband.