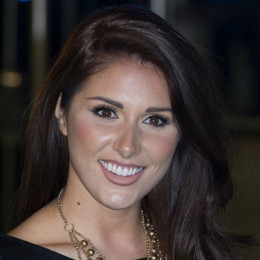 Lucy Katherine Pinder is an English actress and a model. She works for brands like Loaded, Daily Star, Nuts etc . She also appears on various television shows. Her modeling career had started in mid- 2003 when she was spotted by a photographer named Lee Earle when she was sunbathing on Bournemouth beach. Currently she is focusing only on her acting career. Her upcoming film is Age of Kill.