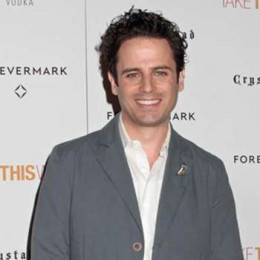 Luke Farrell Kirby is a Canadian theatre, film and television actor, best known for his role in films like, Take This Waltz, Mambo Italiano and Shattered Glass. He studied drama at the National Theatre School of Canada and from there he graduated in 2000. After graduating, he began his career with stage roles in Canada's top venues. He was born to American parents.

Accounting his personal life, he once was a married man but after giving divorce to his wife he hasn't married anyone till date. His ex-wife is an American actress with whom he enjoyed the marital relationship for almost 4 years. According to the rumors flowing around, he is said to be dating a gorgeous American model and actress who is his Mania Days's co-star. This issue has not been clarified publicly.

American actress, Alison is the first wife of Luke whom he started dating in 2008. She is 8 years older than Luke.