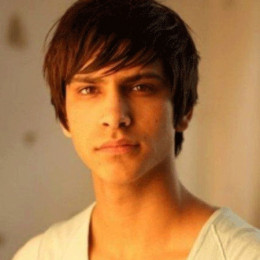 Luca Giuseppe Pasqualino commonly known as "Luke Pasqualino" is a British actor and model, known for playing in the television series Skins, as Freddie McClair and in the television series The Musketeers, as d'Artagnan. He was born to parents of Italian descent. He took drama classes at Stamford Art Centre held by Martin Tempest. He made his acting debut with the 2009 film Stingers Rule!, as the protagonist.

Accounting his personal life, he is straight and there is no any objection regarding his sexuality till now. He isn't married but he might have some plan to settle down with someone special and deserving in the upcoming days. He has dated two pretty ladies in his past days but couldn't hold it for a long time with them and broke up. Currently, he is single.