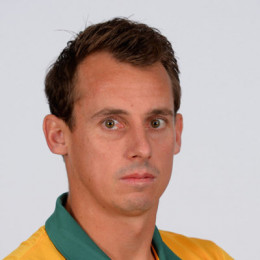 Luke Wilkshire is an Australian professional football player who is currently playing in the Dutch Eredivisie side Feyenoord since 2014 and in the Australian National Football Team since 2004 as a right back wearing jersey number 2. He started playing football since his young age and joined at Albion Park club to initiate his youth career while studying at Albion Park High School. He made his professional debut in the year 2000 from the Middlesbrough club where he had joined at its youth team as well.

Luke Wilkshire was married to Quyeny who is originally from Vietnam. The couple has three children together. They welcomed their third child born in 2009.

Later, he married Russian Christina in 2016. The couple has two children.

Luke Wilkshire was born on 2 October 1981 in Wollongong, Australia.