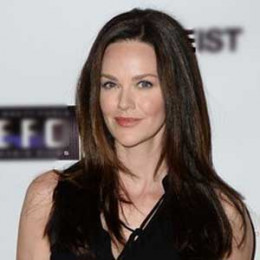 Lydia Hull is an actress and producer popular for her roles in hits such as Escape Plan, Van Wilder: Party Liaison and Heist. She successfully established herself in the industry with her gorgeous looks and skillful performance.

Lydia Hull was a charismatic girl from her young age. At the age of 15, she won Seventeen magazine cover model contests which opened doors of opportunities in the modeling field.

After completing high school, Lydia attended Kansas State University for a degree in apparel and textile marketing. She then earned a degree from the Fashion Institute of Design and Merchandising in jewelry design in Los Angeles.

Lydia made her acting debut with the film ‘Sorority Boys’ in 2002. Her fame rose up when she starred in ‘Van Wilder: Party Liaison’ in 2002. Hull then appeared in an array of blockbuster movies including ‘Empire State’ in 2003, ‘Heist’ in 2015 and ‘Precious Cargo’ in 2016. She also acted in Nicholas Cage's movie ‘Arsenal’ in 2017. She has acted alongside stars like Dwayne Johnson, Vincent D’onofrio, and Bruce Wills. In 2009, she made her appearance in ABC TV show ‘Castle’ playing a Front, Desk Clerk.

Besides acting, Hull is also involved in producing movies. Her production venture includes movies like Escape Plan 2: Hades and The Life and Death of John Gotti.

Lydia is quite secretive about her personal life. Even though she is seen hanging out with her guy friends, there are no rumors or reports of her being in any affair so far. She is passionate about her career and gives her full attention to it.

Lydia earns a good sum of money from her career as an actress. Her estimated net worth is $13.6 million in 2017. It is a certain fact that with the amount she gained from her profession she lives a lavish life along with her family.