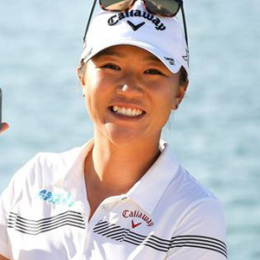 LPGA player, Lydia Ko was born on April 24, 1997, in Seoul, South Korea. She holds New Zealand nationality and belongs to Asian ethnicity. Her birth name is Bo-Gyung, but as Lydia Ko, she got global recognition. She is the daughter of Hyeon Bong-sook and Ko Gil-hong.

Lydia completed her education at Mairangi Bay Primary and Pinehurst School in Albany, New Zealand. Her aunt was the one who introduced little Lydia to the gulf.

Since her childhood, Ko was interested in being a professional player and won the LPGA Tour New Zealand national amateur championships as a young contender.

Lydia Ko began playing golf at the early age of 5. However, her significant tournament victory was at age the of 11, winning the 2009 North Island Women's U19 Championship in New Zealand. Later in 2012, at the age of 15, Ko won the at the CN Canadian Women's Open which made her the youngest-ever winner on the LPGA Tour.

She climbed further steps of success when she earned her first LPGA Tour as a professional player and won the Swinging Skirts LPGA Classic title in 2012. Ko is passionate about playing golf, and further, she at the 2016 Summer Olympic Games represented New Zealand, where she won the silver medal and became New Zealand's youngest individual female medallist at the Olympics.

Popular golf player Lydia achieved a lot in her career including being named as one of Time magazine’s 100 most influential people, won back-to-back Espy Awards, New Zealand Sportswoman of the Year, The Halberg Supreme Award and so on.

Currently, she continues to stun people with her talent in Marathon Classic IPGA Tour where she was ranked number one contender.

No1 professional golfer Lydia is very secretive regarding her private life. However, her fans are very exhilarated to know about her personal life. Till now no rumors regarding her affairs and dating have surfaced.

She may have a boyfriend or maybe married. It is also possible that she hasn't yet found the right guy to make her husband. But nothing can be sure unless she shares about her relationship status. Currently, Lydia is possibly single.

Teen golf sensation Lydia Ko had achieved wide recognition from her tournament wins, awards, endorsements and subsidies over the course of her successful career. She is inspirational sports player active in social networking site with 72.4k followers in Instagram and 44.6k followers on Twitter.

Ko is the youngest and fastest golf player living a luxurious life. As of 2017, Lydia's current estimated net worth is around $8 million dollars.