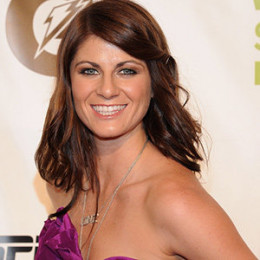 An American professional skateboarder, Lyn-Z Adams Hawkins, currently married with Travis Pastrana on 29th October 2011.She is the daughter of Lynn Hawkins and Ron Hawkins. She also participated in sports like soccer, baseball, basketball, and gymnastics. Travis won the gold medal in the Women's Vert competition at X Games 13. She was the second female as a playable skater to appear in the Tony Hawk's video game series, the first being Elissa Steamer.

Lyn-Z Adams Hawkins was born Lyndsey Hawkins Adams Pastrana on September 21, 1998, in San Diego, California, United States. She was raised in Cali Cardiff-by-the-Sea, California and she spent most of her childhood in Sayulita, Mexico.

At the age of 6, Hawkins started surfing and skateboarding. She adopted  Lyn-Z in her 4th grade. She lost her father in December 2003.

Lyn-z Adams Hawkins is at the forefront of professional female skaters and became the first female skater to skate the DC Mega Ramp. Consecutively in 2005 and 2006, she missed out on her many competitions because of her injury and instead, she hosted the girls' competition at the West 49 Canadian Open in Hamilton, Ontario.

In 2007, Hawkins made her comeback in competition and won the gold medal in the Women's Vert competition at X Games 13. After a year, she secured second place in the same competition and in 2010 she finally won gold. She featured in the cover of Concrete Wave Magazine's annual Skateboard Directory. 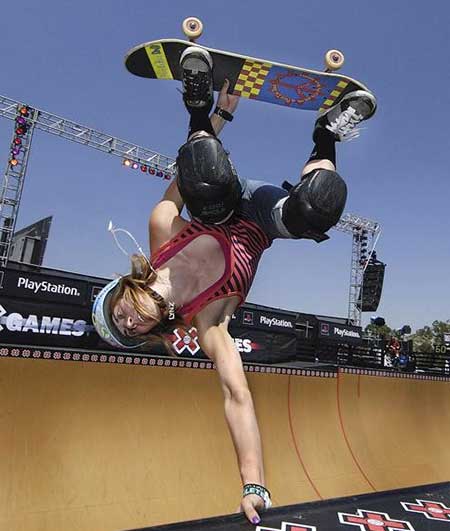 Hawkins was the first female to land a 540 Mc Twist during the "Quiksilver Tony Hawk Show" in Paris, France on November 21, 2009. Besides skateboarding, She has a keen interest in snowboarder as well. In 2007, she ranked  23rd in Slopestyle and 9th in Halfpipe.

Lyn-Z Adams Hawkins made her video game debut in Tony Hawk's Project 8 and became the second female playable skater after Elissa Steamer in the Tony Hawk games. Then she appeared in "Quiksilver Tony Hawk Show" in Paris, France.

Lyn-Z Adams Hawkins is a married woman. She tied the knot with her longtime boyfriend, Travis Pastrana on October 29, 2011, near Hawkins' southern California home at an intimate ceremony.

The duo engaged in June 2011 after Pastrana stopped the show at the Nitro Circus Live World Tour in Las Vegas and got on one knee, and proposed Hawkins.

Lyn-Z Adams Hawkins with her husband Travis Pastrana and children.

The duo welcomed their first child, a daughter Addy Ruth on September 2, 2013. They again blessed with a baby girl, Bristol Murphy on February 9, 2015.

Currently, she resides in Los Angeles along with her daughters and husband.

Lyn-Z Adams Hawkins is a well known American professional skateboarder. The average salary of a skateboarder is $10k but she is quite experienced so she might earn more.

As per some online sources,  she made nearly a million from multiple events. Hawkins made a good sum of the amount from different brand endorsements.

Lyn-Z Adams Hawkins,currently married with Travis Pastrana on 29th October 2011.Both of the couple love each other and there is no sign of divorced in their relationship.

She has a daughter named Addy Ruth Pastrana,she was born on 2nd September, 2013.

Her second daughter named Bristol Pastrana ,was born on February 9, 2015.