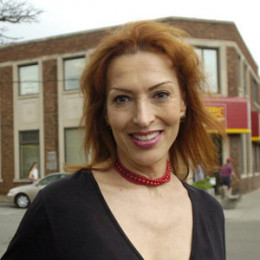 An American former journalist and author, Lynne Russell is best known for her work on CNN and on CNN Headline News. She was the first woman to solo anchor a prime time network nightly newscast, as the popular host of CNN Headline News from 1983 to 2001. While her resume includes local television and radio markets from Miami to Honolulu, she has equally contributed in ABC News, NBC News, Fox News, People Magazine and even such foreign publications as the UK Guardian newspaper.

She has been recently married to Chuck de Caro. Even though she might have dated some of the handsome hunk in the past she has never been to the media with other affairs. She and her husband were on a cross-country trip from Washington, D.C. to California and were spending the night of June 30, 2015 at a place named Motel 6 in Albuquerque, New Mexico, when an armed man forced his way into their room. De Caro was shot three times, so he also shot the attacker, who later died at the hospital.

The couple tied the knot recently in 2014. Now they are happily living together and no sign of them getting apart.