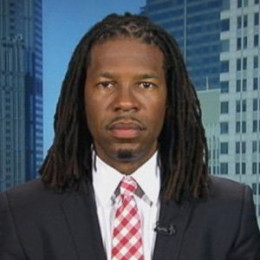 An award-winning journalist for ESPN and CNN, LZ Granderson graduated from Western Michigan University in Kalamazoo, Michigan. He has also hosted the web-based ESPN360 talk show Game Night. Before he moved to ESPN, he was a sportswriter at The Atlanta Journal-Constitution and a columnist at The Grand Rapids Press. Granderson's writings for ESPN usually center on the social and human aspects of sports. He writes about his own personal struggles, the life of athletes, and occasionally provides social commentary. He submits two articles weekly for ESPN and writes a weekly op-ed column on CNN.com.

In a column for CNN.com, Granderson openly stated that he was gay. Granderson has one son, Isaiah, from his previous marriage to a woman. Granderson's partner Steve Huesing is ULTA Beauty's Merchandising Operations Director and Interim President of Chicago's Marriage Equality USA. In 2013, he defended NBA center Jason Collins' decision to announce himself as the first openly gay male professional athlete in a major North American Sport.