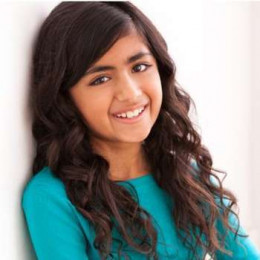 M'laah Kaur Singh is a child actress famous for her role in The Avengers and Dhoom 3. She has also played in various others films and series like Noodle and Doddle and so on. She was born in Naperville, Illinois. Her career started when she was 7 years old after she won IMTA convention in 2008. Her father and mother are both doctors. They encouraged her to act.

M'laah Kaur Singh at her young age is moving towards her aim brilliantly. Her aim is to be a famous actress. She has a younger brother. She believes in remaining healthy and decided to be vegetarian and as a result of that her mother too is a vegetarian. She is kind hearted young and beautiful lady and enjoys meeting new peoples and making new friends.