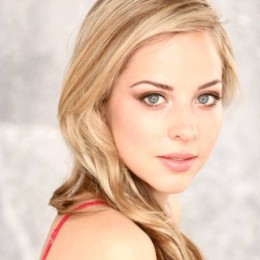 A Canadian actress and musician who is widely famous for her hit country singles such as "Never Gonna Let You" and "If You Ask Me To". She had a keen interest in music from her young age and as a result, she began to study piano, violin, and voice when she was just 4 years old. Her brother Kalan Porter was also a musician who won 2004 Canadian Idol. She debuted in the music industry in 2004 from her self-titled album. Besides being a singer, she is also an actor who is on the cast of CBBC's Dionsapien and AMC's Hell on Wheels.

She has not married yet. Till now there has been no rumor of any kind of relationship of her with any guy. Seems like she has not yet found her perfect lover or maybe she is just busy in building her musical career rather than to pass time thinking about her love life. She is a regular user of Twitter and her fan can follow her in her official Twitter account @MacKenziePMusic in-order to be more updated about her.

MacKenzie Porter was born on January 7, 1990, in Medicine Hat, Alberta, Canada. She was raised along with her brother, Kalan Porter.

MacKenzie Porter has appeared in a number of TV shows like Seattle Superstorm as Chloe Peterson, All's Fair in Love and Advertising as Kelly Burns.

MacKenzie Porter is possibly single at the moment. She isn't dating a boyfriend or invloved in any love affairs.