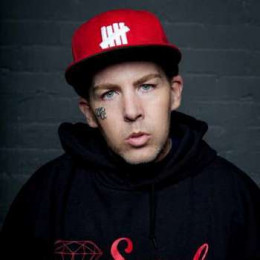 Shane Bunting is a rapper of Canadian nationality known best by his stage name Madchild. He has also been known as the group member of the group Swollen Members, which is a hip hop group. He was born in Surrey, British Columbia and was enrolled in the Carson Graham as well as the Sutherland secondary schools. He has released the albums named Dope Sick, Lawn Mower Man and Silver Tongue Devil.

Madchild has never been known to have had a relationship with anyone from the entertainment fraternity. He seems to be single as of now as details about his relationship has not been known to his fans. He has never been assumed to be a gay or a bi-sexual and is thus straight. He seems to be hiding the details related to his personal life and is certainly focusing more on his career.