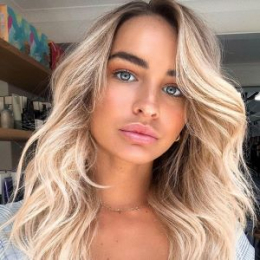 Madi Edwards is a rising model in her native country Australia. The 24-year-old has already worked with some of the biggest names in the fashion industry. She is also quite popular on Instagram with 600 thousand+ followers.

Is Madi Edwards Dating? Know about her Boyfriend, Relationship Status and Personal Life

The young model, Madi Edwards is currently dating fellow model Josh Caroll. The couple likes to share their romance with their fans and thus regularly share their pictures on Instagram. Furthermore, the pair is not afraid to show some PDA (Public Display of Affection)and often posts pictures of them kissing. 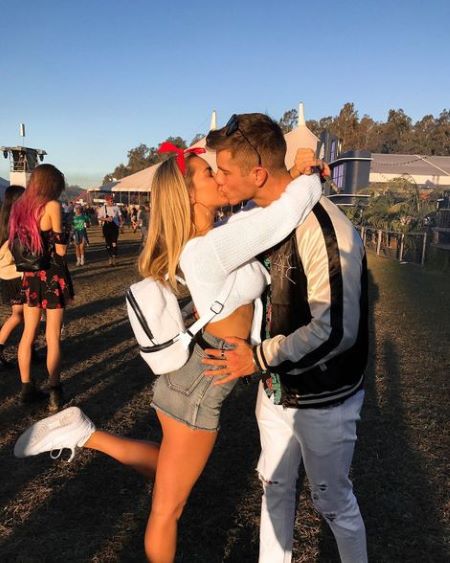 Madi first met Josh when both of them were working on a fashion show. She was in a relationship with some other man, so nothing happened between them at that time. Later, the pair again met in another event after a few months; however, this time, Caroll approach Madi as she was no longer with her then-boyfriend.

Edwards at first was not serious about this relationship because she thought Josh was just a rebound. However, after six months of casual dating, the couple began to official date and are still going strong.

The relationship between these two young busy celebrities is going smooth even after two years of dating. Furthermore, the couple is in a live-in relationship at present. According to Madi, since they are both from the same profession, they understand each other better and helps make their relationship stronger.

Madi Edwards is a rising name in the modeling industry in Australia who has already worked with famous brands such as Billabong, Sunseeker, and City Beach. She earns a nice amount from these modeling assignment and currently boasts an overall networth of $300thousand- $500thousand.

Madi also graced the cover of many well-known magazines such as Australian Vogue and Maxim. On average, a model in Australia earns $49.23 per hour and $48,750- $163,200 per year depending on brand and experience of models.

In addition to that, she is also an owner of a retail store Moda Society. The store mostly consists of women apparels, and the price of the clothing item ranges from $45- $200.

Madi Edwards was born as Madison Edwards on July 6, 1995, in Brisbane, Australia. Her nationality is Australian. Furthermore, her birth sign is Cancer.

A rare sighting of me in pink @tigermist

Edwards did swimming when growing up. She wanted to participate in the Olympics as well. However, the opportunity for modeling came up her way, and as a result, Madi left swimming and focused on Modeling. The Brisbane native currently, she lives in Sydney because of her work.