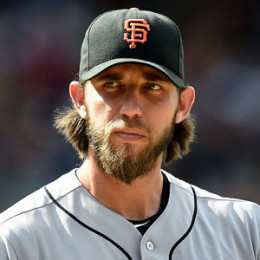 Bumgarner married his high school sweetheart on February 14, 2010, in a private ceremony. During the offseason, they live on a farm in North Carolina that is about thirty minutes from where he grew up in the old furniture manufacturing area of the state. Bumgarner is a smokeless tobacco user since he was in 5th grade. They dated for years and are together without being involved to other relationships.

He started dating her since his high school and married her on the special day, The Valentine Day.