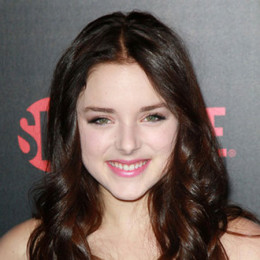 An American actress and singer who is better known for her role as Hannah in the horror film The Possession alongside Kyra Sedgwick. In 2005 she started her career in acting from small role in Conversations with Other Women. She has also starred in few TV series like Close to Home, CSI: NY, Numb3rs and Shameless. In 2007 she co-starred in While the Children Sleep and Legion of Super Heroes. She also acted in the lead role as Lindsay Westman in the television movie Dad's Home. She has also made guest appearance in CSI: Crime Scene Investigation.