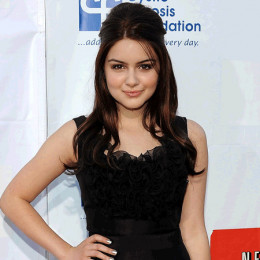 Appreciated for her role of Juanita Solis on Desperate Housewives, Madison appears as a talented teen. She is young but dedicated with her work. She is daughter to Ford dealership manager Edward De La Graza and former Dallas Cowboys cheerleader Dianna Lee Hart. Popular singer, Demi Lovato is her half sister. She has other half sister named Dallas Lovato. Madison has already made appearances in numbers of television credits including the film, Princess Protection Program.

Madison is in her teenage and stands as a struggling actor in the acting world and in the entertainment industry. There are not much reports about her. She has still a lot to do to attract significant numbers of paparazzi. She is gaining attention and being pursued by film makers but she still has a long way and journey to travel to attain success. She has a bright career ahead.