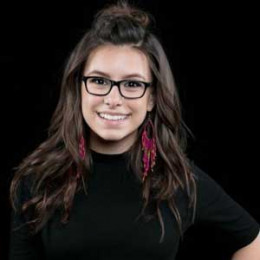 An America child actress, Madisyn Shipman is best known for the Nickelodeon series, Game Shakers as Kenzie Ball. She earned much of the fame from her early age. She is now single after a recent break up with Logan Patrick. Besides being an actress, she is also a singer plus dancer. Shipman has a great fan following of 838k on Instagram and 23k on Twitter respectively.

Madisyn was born on 20th November 2002 in Kings Mountain, North Caroline. She has three siblings (three younger brothers) and is only girl child in her family.

She grew up with tomboy tendencies and began dressing as a girl after getting television roles. From the early age of 5, she started working with a talent agency. She worked different roles on Saturday Night Live by Lorne Michaels, and on Sesame Street too. Shipman is an extraordinary person as she learned to play guitar and writing songs since she was 8.

Later on, in 2010 Madisyn appeared in the play, Enron by Rupert Goold. Her breakthrough came in 2015, was signed for the Nickelodeon television series, Game Shakers with a lead role as a girl named, Kenzie Bell.

Moreover, she was also featured in many commercials for various brands including- Blue Cross Blue Shield, Kleenex, My Little Pony, Berkeley and much more.

Shipman credited for many other series too including- Arthur (2011), All Wifed Out (2012). Arthur is an American- Canadian animated series with the cast member, Bruce Dinsmore, Daniel Brochu, Melissa Altro, Jodie Resther and many others.

Besides these, she is also a passionate Musical.Ly user who uploads many videos with her close friends and family members.

Currently, Shipman is single, but she was in a relationship with actor, Logan Patrick. They both seemed too cute together and posted many photos together on social networking sites.

But the pair parted ways due to their busy schedule. They were even unable to spend more time together. Madisyn has no interest in making a boyfriend and enjoying her single life with friends and family.

Shipman has an estimated net worth of $500 thousand. She is one of the beautiful rising stars of US.