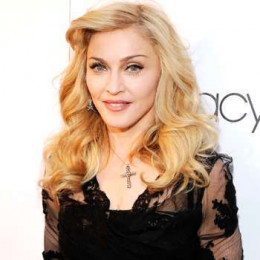 Madonna Louise Ciccone is a great, legendary personality known for her singing, songwriting, acting and business skills. For pushing the boundaries of mainstream music and for her extreme imagery on music videos, she became popular amongst the audience. Referred to as the Queen of Pop, she was born on Bay City, Michigan and was educated from the University of Michigan and has been involved in music since a long time now.

Madonna has had a long affair history which has all been covered widely by news tabloids all around the world. She has been married as well as divorced twice and is currently deemed to be single. She has also been surrounded by rumors of having dated a huge number of celebrities and all her relationships are covered widely by news critics around the world. She has four children.

Sean Penn was in a married relationship with Madonna on 1985. The relation however only lasted for four years.

Guy was the husband of Madonna. The couple stayed together for a long time of nine years and called it quits later.

Madonna's daughter Lourdes is the child from her marriage to Carlos.

Son Rocco is the child of Madonna from her marriage to Guy.

David is an adopted son of Guy and Madonna.

Mercy is the adopted daughter of Madonna too.