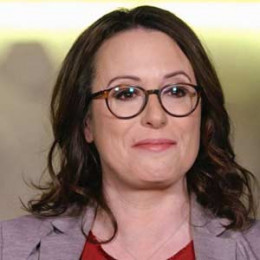 American journalist, Maggie Haberman is best known as the political analyst for CNN and White House correspondent for The New York Times. She started her professional journalism career in 1996 when she hired by the New York Post. Before that, she worked as a bartender for four years.

She is married to her husband, Daresh Ardashes Gregorian since 2003. The couple shares three children between them.

Maggie Haberman was born Maggie Lindsy Haberman on October 30, 1973, in New York City to Clyde Haberman, a journalist for The New York Times and Nancy Haberman who is a media communications executive. She was raised in a Jewish family.

Haberman attended an independent preparatory school in New York City, Ethical Culture Fieldston School and earned her graduation in 1991. Then she joined Sarah Lawrence College where she obtained a bachelor's degree in 1995.

Before starting her professional career, Maggie Haberman served as a bartender for four years which she admitted as the best training she received to approach people. In 1996, she joined New York Post as a correspondent.

Later, Haberman was appointed to cover City Hall where she worked as a political reporter. Then she was hired by the Post's rival newspaper, the New York Daily News in the early 2000s. In 2008, she made her come back to New Post to cover the presidential campaign and other political races. 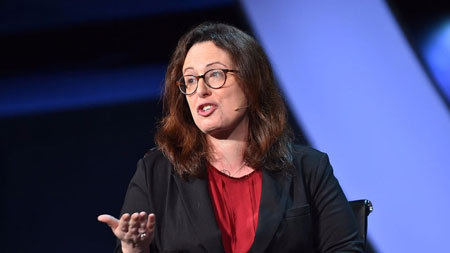 Maggie Haberman during a media interaction,
Source: The Forward

Then she joined Politico in 2010 as a senior reporter. She also worked in CNN as a political analyst in 2014. After a year, she was hired by The New York Times to serve as a political correspondent for their presidential campaign coverage during 2016.

Haberman was the part of The Times team who won a "Pulitzer Prize" in 2018 for reporting on Donald Trump’s advisers and their connections to Russia.

Maggie Haberman is currently serving as the political correspondent for The New York Times and her estimated salary is more than $118k. Her estimated net worth might be in millions but no official confirmation has come about it.

Maggie Haberman is married to Dareh Ardashes Gregorian, a reporter for New York Daily News. The duo tied the knot in November 2003 at a private ceremony on the Tribeca Rooftop in Manhattan. 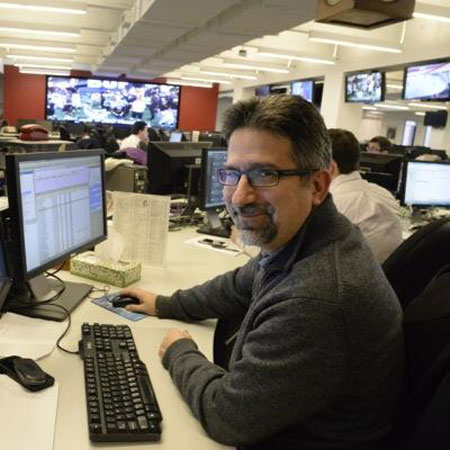 The couple shares three children, Max Gregorian, Miri Gregorian, and Dashiell Gregorian. Currently, she resides in Brooklyn along with her husband and kids.

Haberman is quite active on twitter as of 2018, she has more than 37.1k followers. Once in an interview, she stated about staying neutral on social media, she said,

"I really don’t like Twitter. I use it a lot, but I don’t like it. It just feels antithetical to what reporters are supposed to do, which is to take time, take all the time you can, to be as thoughtful as possible."

Hannity took to his Twitter accusing Haberman of failing to ask him about reports that Trump turns to him for advice.

Check out the video of Maggie Haberman where she talked about what really scares Trump on Late Night with Seth Meyers,