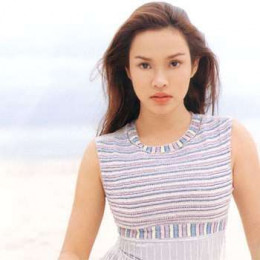 Siriwimol Charoenpura, basically known in the stage as Mai Charoenpura, is a Thai singer and actress. Daughter of Thai actor Surin Charoenpura and Winee Sontikool, Mai has been productive in singing and acting as well. She spent her childhood along with her three sisters in England and got education from Farringtons School. As an actress, Mai has been active in Thai telefilms and movies since 1980s. However, she globally introduced herself through the movie "The Legend of Suriyothai" in 2001. Mai has starred in a lot of movies like Memory, Meat Grinder, Anthology and so on. Similarly, Mae has been serving Thai music industry since 1989 with numerous albums and music videos done. Mae has performed in many concerts too including her performance in Manchester in 2007, for a show sorted out by former Thai P.M. Thaksin Shinawatra.

Mai has been contracted with GMM Grammy, the largest media conglomerate entertainment company in Thailand. In real life, Mai is a courageous character with ability to survive in any difficulties. There is no any significant rumor or evidence about her affairs or being married as she has kept so quiet on this regard. People don't know about her marital status as she has been so discreet. There is a question on her sexuality if she is lesbian but since she is quiet,nothing can be confirmed.