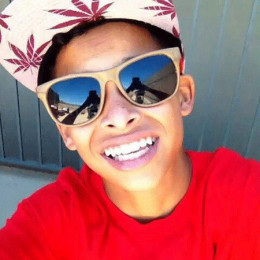 He is a Web Video Star also known as Vine star who has over 200,000 followers on Vine. We can enjoy his vine collection @Malak Watson. He loves skateboarding, rapping and enjoys dancing and acting in his free time. Being so young, he has has been able to grab attention of lots of people all around the world, which indicates his bright future ahead. He is French, African American and Hawaiian descent.

He is a teenage guy, whose family background and educational status has not been disclosed to the media yet. Actually, there is not much information available about his personal life. As he is just 15 years old, he is too young to have a girlfriend. To know more about him and get updated about the stuffs that he posts, we can simply follow me on Instagram @malak_wats.